Easing into Oban I’m in a train carriage of happy cyclists. No fighting for space on a busy train for us as we’re enjoying Scotrail’s new Highland Explorer, the first dedicated bike-friendly carriages in the UK. I’m smiling too as I’m about to explore the network of cycling trails that snake off from Oban around the scenic wonderland of Argyll and her isles. 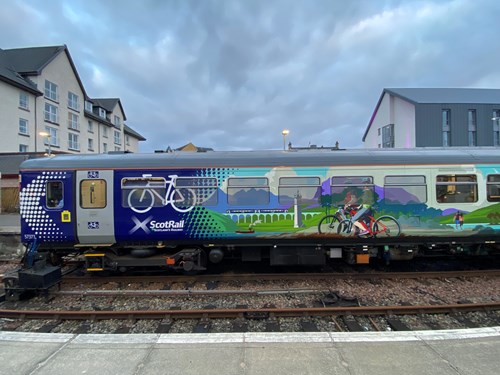 The new Highland Explorer initiative is a brilliant one as it creates a whole carriage – strikingly designed by Scottish artist Peter McDermott – for cyclists rather than just treating two-wheel fans as an afterthought. There are 20 spaces in all, laid out with room to manoeuvre between the racks on either side. There are charging points too as e-bikes are becoming increasingly popular, opening up cycling to some people who might not have considered it before. There are 24 seats too – you pay a small supplement to sit here, and get a table with a route map, snacks and a hot drink.

You could just slip off the train at Oban and join the epic Caledonia Way nearby, or National Cycle Route 78 as it is also known. There are myriad other options and handily sustainable transport body Sustrans Scotland have teamed up with Wild About Argyll to put together a Rail & Trail map that highlights some of the attractions on the Glasgow-Oban line.

I want to learn more about cycling around the area so I meet Mark of Oban Cycles. He runs a really bright, welcoming bike shop right in the heart of Oban who can set you up with traditional bikes, as well as e-bikes and helmets. He tells me about all the great local trails, such as the Loch Etive Loop cycle, and the gravel Fearnoch Loop MTB adventure. 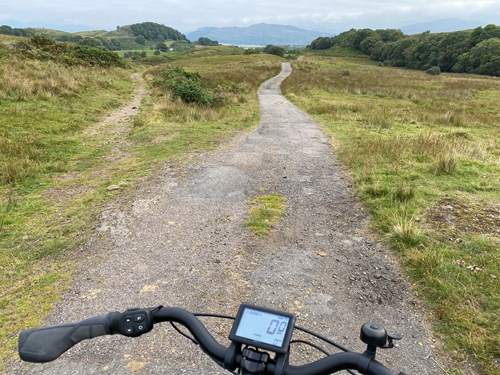 I’m itching to get going and head off to Connel Bridge on a lesser known route Mark advises which hooks up with the Caledonia Way. The Way stretches for a whopping 234 miles from the southern reaches of Argyll in Campbeltown, up through Oban and on into north Argyll on its way to Inverness on the other side of Scotland.

Soon I’ve left the vegan cafes, seafood restaurants and cheery bars of Oban behind and I’m alone in a world of greenery. I pedal through fields with hulking hills haunting the background. Fittingly the train chugs by reminding me of the new carriage that brought me here. I may be moving at a decent speed, but time seems to slow down. I see more farm animals than people and I don’t even see many of those.

Across the Connel Bridge I hook up with the Caledonia Way. It’s a sheer joy. It follows the line of the old railway, an arrow-straight artery that scythes me north through old fashioned tunnels. I catch sight of birds of prey overhead and absorb the information boards en route that illuminate both the rail history, but also the bountiful local flora and fauna. I meet my first fellow cyclists, who amble by with a cheery wave.

More epic scenery unfurls as I cross the bridge across Loch Creran. I think of the lovely oysters cultivated in these waters as I gaze up to meet the stare of the Highland mountain massifs on one side, with the Atlantic distant on the other flank. It’s quite a scene, one that I want to linger on, but I’ve lunch to make in Port Appin 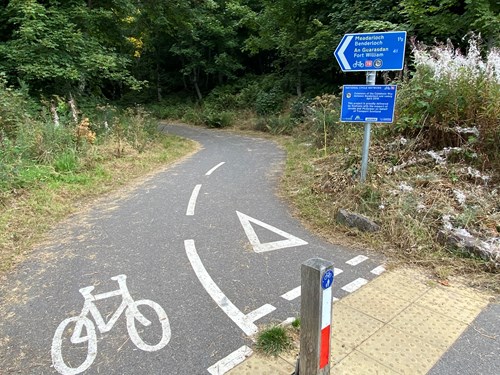 I leave the Caledonia Way and join the Port Appin Loop, which has no intention of letting me get to my target easily. Oh no, it wants to slow me down to admire the massive trees, and clearly wants me to stop to look out for seals. I do, making my way to the shore where I’m rewarded not with a seal, but an otter hungrily nosying his way across the wilds. It couldn’t get much better, then does, as a porpoise breaks the waters too.

I joyously descend down into picture postcard perfect Port Appin where my family have come to meet me for lunch at the famous Pierhouse Hotel. I chat to a couple of cyclists from Yorkshire, who heartily recommend both cycling in Argyll, but also the seafood platter. So with a two-wheeled appetite my whole family helps me dig into a platter brimming with fresh Argyll produce, from creamy oysters, to delicate crab and plump lobster. Divine and very Argyll.

I don’t have time for dessert as I’m catching the ferry. The word ‘ferry’ is a rather grand description for the wee boat that ekes across the narrows here to the Isle of Lismore, the ‘Great Garden’. I needn’t have worried about being bang on time as it’s a relaxed affair, the boatman not even fussed about having to heft my bike aboard along with three others – there are more cyclists than locals aboard.

I needn’t have worried about missing dessert either as I’d learned there is a cake ‘shop’, the Dutch Bakery, at the other side. I look for the shop the boatman recommended, but cannot see anything. I chat to a cyclist coming the other way who points me in the direction of one of those striking old red phone boxes. I’m confused, but not for long as I find it brimming with homebaking - the ultimate honesty box. Again very Argyll.

Refuelled fully now I glide down the gloriously quiet main road of Lismore. I don’t meet a single car, nor a bike, nor a pedestrian for that matter. It’s a spectacular route as mainland Argyll shimmers back in welcome to the east as I make out the route I’ve just come on as I’m now heading back south. To the west the scenery is jaw-dropping too as the brooding peaks of Morvern loom into view. 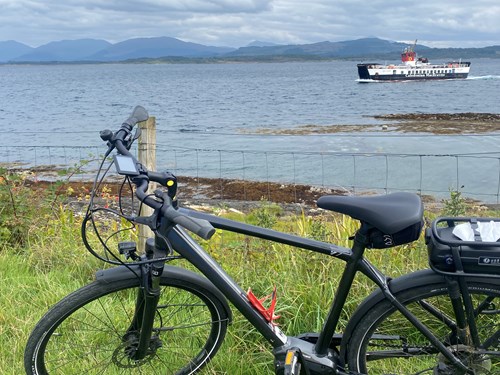 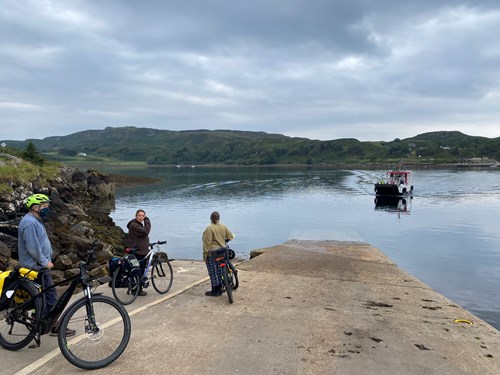 All too soon I roll down to the pier where the CalMac ferry awaits. The trip lasts less than an hour, I wish it was more as Argyll sparkles in the peachy gloaming. It’s a grand and seamless arrival back into Oban where I started. My base is the Argyll House Hotel. They’re pretty excited about the Highland Explorer carriages and very much welcome cyclists. So much so they plan to set aside an area for a bike shed.

The next morning I’m joined with my teenage daughter, Tara, and we enjoy a hearty bacon roll at the hotel. We peer out over Oban Bay from the breakfast room and I show her the island we’re aiming for. It’s gorgeous Kerrera just across the water. We grab a lunch from Food From Argyll Cafe at the Pier. There are so many cyclist-friendly business in Oban these days – I’m thinking of Hinba with their takeaway coffees, the gorgeous chocolates of the Oban Chocolate Company and the vegetarian and vegan Little Potting Shed Café. And to the north of Oban cyclist-friendly family-run business like Highland Fold Ice Cream, who now have an Oban outlet too.

We take the road south from Oban and Kerrera looms larger and larger. Then we’re at the ferry, a cute wee vessel bedecked proudly in CalMac’s distinctive black and white livery. Charmingly the boatman warns us to time our trip back well to avoid their lunch break. That won’t be an issue as we find there is just so much to see on Kerrera. 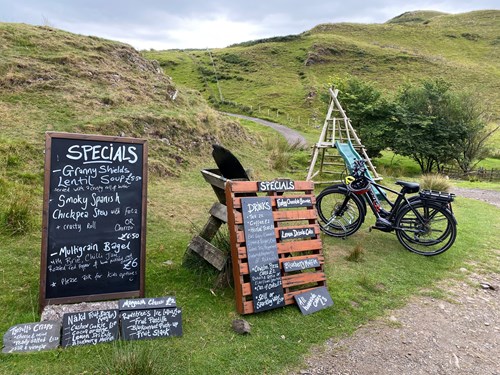 We don’t even manage to get around the whole island. It looks like a new road is being built to the north, which will make access easier, but we head south down the sinewy single track road that soon descends into just being a track.

Tara is smiling broadly as we chat our way south looking out for birds and seals. She spots the hull of a shipwreck stranded on the rugged coast. I answer her question about how long it’s been there by saying probably since before she was born. Things have a timeless, world-slowing-down feel on sleepy Kerrera.

We eke further south and find a wee café where we pick up stupidly large cakes. Yomping off around the corner the day’s highlight bursts breathtakingly into view. It’s hulking Gylen Castle. This quintessential sturdy Scottish castle is half Highlander and half Dracula. We scramble up to learn all about the MacDougalls who once held sway here. It’s some spot and we peer out taking in the Garvellachs, Slate Islands, Scarba and mighty Mull, which fills the horizon to the west. 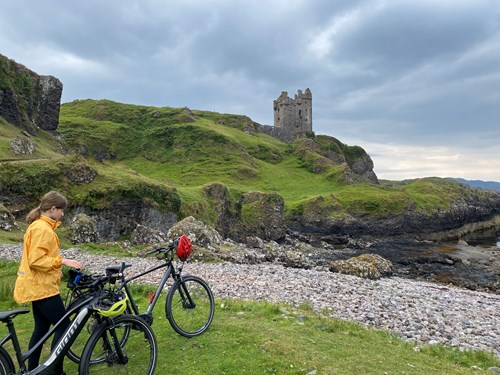 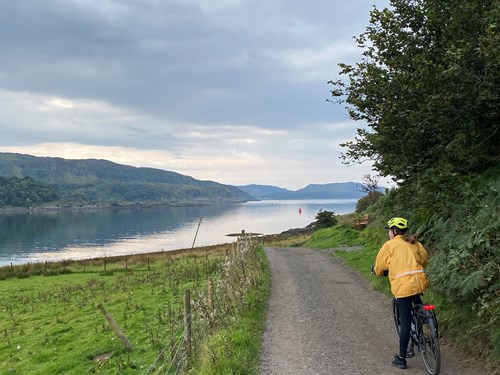 All too soon we are back in Oban and it’s time to leave. If you’re looking for a life-affirming break amongst some of the most dramatic scenery in Scotland then it’s time to get on your bike. Take it to Glasgow and within a few short hours – as both you and your bike enjoy the Highland Explorer comfort - you’ll be in Oban where a world of two-wheeled adventures awaits. 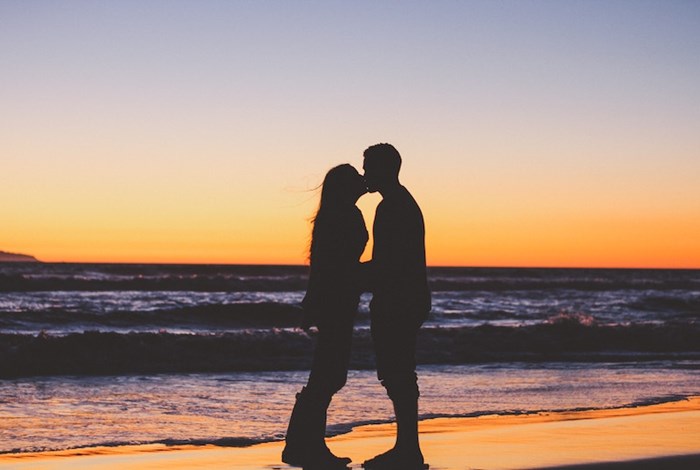 Castles? Check! Beaches? Check! Scenery? Check! Oban and Lorn is bursting with instagrammable places. At every turn you’ll discover stunning scenes that will set your Instagram feed on fire. 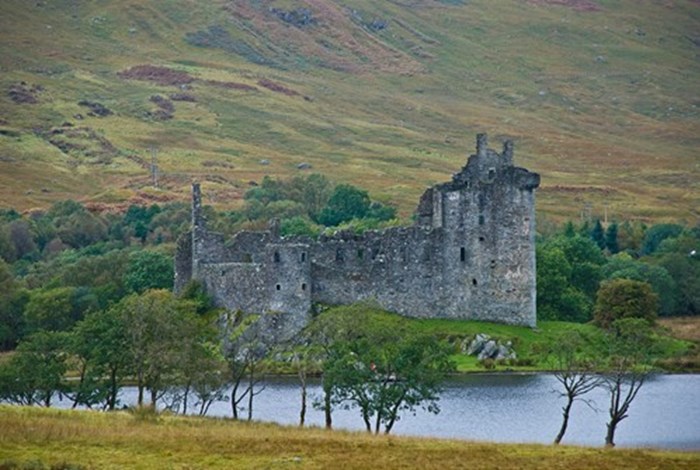 Be Awe-Inspired! 10 things to do in and around Loch Awe

Loch Awe is Scotland’s longest freshwater loch, stretching for 25 marvellous miles through glorious Highland landscape. It’s a sight to behold as you travel along the shore by car or by train from Oban. 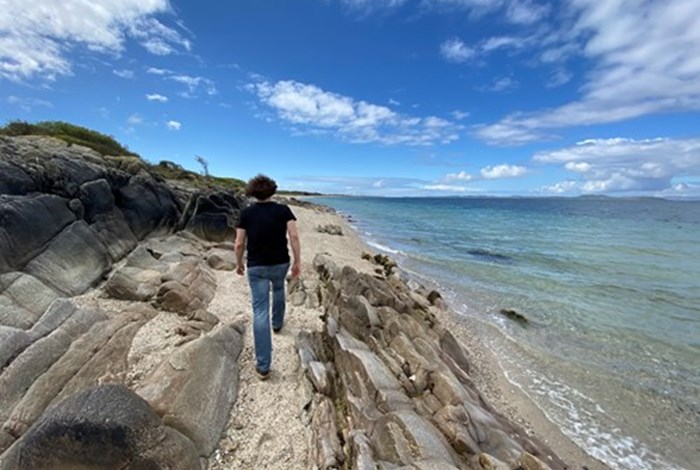 Wild About Walking in Argyll

Let’s kick off in Oban. Yes, I know some of you will be desperate to dash up a Munro, but that’s not for everyone and anyone can stir in some short walks with longer adventures. It’s a joy strolling the accessible waterfront in a town that is increasingly pedestrian-friendly, but for an even better view nip up to McCaig’s Folly, Oban’s Colosseum, where an interpretation board reveals all the glories you can see.